Ray Bradbury: The Man Behind The Legend 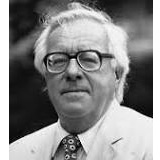 Acclaimed author Ray Bradbury passed away at the age of 91 on June 5, 2012. He lived a rich, fulfilling life and up until his last days he was still writing.

I first came into contact with Bradbury in the eighties when I was a teacher. My students would write reviews of his stories. I found his address and sent them to him, not expecting a response. A week later I received a letter, addressed to my class, as well as a signed poster. My students were obviously thrilled. I didn’t know at the time but found out later than Bradbury didn’t have a secretary or assistant who handled his communication. Like Richard Matheson and Bob Bloch he answered and responded to his mail himself.

Bradbury was a Renaissance man. He wrote short stories, novels, screenplays and poetry. He was also an accomplished painter. For some odd reason in chain book stores his work was always placed in the sci-fi section, but Bradbury was not solely a sci-fi author. I’d argue that very little of his work was science fiction. Something Wicked This Way Comes was a horror novel. The Halloween Tree a YA book. His classic Fahrenheit 451 defies categorization. It has elements of a dystopian novel. It’s a fictional treatise on censorship and book burning.

Interestingly enough Bradbury had nothing good to say about the Internet and refused to engage via email. He did so for philosophical reasons not because he was getting on in years and refused to accept modern technology. He felt the art of conversation was lost via email and the Internet as a whole. He went so far as to draw up detailed blueprints for malls where outside the mall there were countless tables so people could sit and have face-to-face discussions.

I published eleven of his book as signed limited editions (as publisher of Gauntlet Press). I got to know him well and found him to be a gentleman and humble. When we worked on his short story collection The Illustrated Man I asked if he could provide original cover art. He faxed me his artwork with the question “Is this okay?” It was wonderful but that he would ask if I approved of his rendering said a lot about the man.

For our books Bradbury had to sign 500-tipsheets (pages he would sign which would be bound into the book when it was printed). As he was always in a writing mood he often put them aside. My son lived in L.A. (not that he was actually all that close to where Bradbury lived) and would go to Bradbury’s house. Bradbury would sign the tipsheets and my son would turn them over. Bradbury would regale my son with stories as he signed his name. When he got tired he would tell my son he was done for the day. No questions asked my son would leave and call a few weeks later to set up another session. I was jealous my son got to spend so much one-on-one time with Bradbury. I had customers whom I told the story say they would pay if they could go to Bradbury’s house to help him with the tipsheets.

One book I wanted to publish that Bradbury was adamantly against was his first collection Dark Carnival, published in 1947. He altered some of the stories which later appeared in his collection The October Country. He told me he didn’t feel the other stories merited being printed again. I began nagging him in 1995. In 1999 I asked if we published the book wouldn’t it be appropriate to do so in 2000? His response. “2001 would be better.” I had my foot in the door. During this period of time some of his friends and colleagues would ask Bradbury if a particular story from Dark Carnival was good enough to merit being reprinted. Yes, he would answer, he liked that one. Another story was mentioned, then another. Bradbury reluctantly agreed each mentioned was a good story. We were inching closer. What sealed the deal was when his bibliographer Donn Albright suggested we use a Bradbury oil painting for the cover art of the book. Suddenly Bradbury was excited and in 2001 we published his collection with 4 additional stories he originally wanted in the book when it was first published but the publisher told him there was no room for them. His only request was that the title not appear on the front cover which would have obscured his artwork. I readily agreed as our signed limited editions seldom appeared in bookstores. The title is only on the spine.

Lastly (though I could go on forever) is his novel Somewhere A Band Is Playing. Bradbury worked on his last novel off and on for fifty years. He would play with this chapter or another never being happy enough with the results to call his novel complete. He would put it aside and write another of his classics. He finally completed the novel when he was in his eighties and it was published in 2007. In Gauntlet’s signed limited edition we’ve added chapters and portions of chapters he discarded (once again Donn Albright had collected these outtakes). For those interested in Bradbury’s writing process these bonus “discards” add additional substance to his novel.

On this anniversary of his passing it’s only fitting to celebrate his life, both as a wonderful man and legendary author. 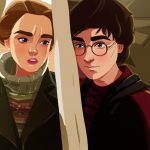