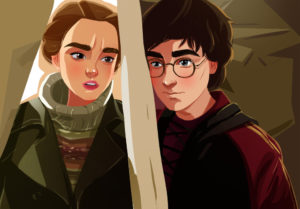 With the release of script of the play book Harry Potter and the Cursed Child Parts One and Two (the 8th installment in the Harry Potter series) J. K. Rowling says this is the last we’ll see of her young wizard. “I think we’re done” she said recently in London’s Radio Times. Now, she said this before after the 7th Harry Potter novel. She wrote several adult novels to mixed reviews and then returned to the world of Harry Potter. Is this the end? I’d bet the farm I don’t own that five years from now we’ll see another Harry Potter book. Why? I can tell you from personal experience. Those of us who write a series become invested in our characters. I wrote Hungry Eyes as a stand-alone novel. The characters beckoned to me to write a sequel and thus was born the Shara Farris suspense series. I wrote six books and was satisfied that I had peeled off all of the layers of my main character, Shara. When I proofed the final book for publication, however, characters demanded another book. The focus couldn’t be on Shara because I had spent six books revealing just who she was. However, a secondary character had begun to emerge from Shara’s shadow in the last two books of the series. In the final book, Blind Rage she is just as pivotal as Shara. I even included a bonus novella in the book focusing solely on Renee. I put the notion of another novel aside as I finished a book which did not involve any characters from my series. Still, Renee went on a rant in my mind, demanding I return to the series with she in the lead. When a suitable plot came to mind Born Again was . . . well, born. I hope to have it published in 2017. Since the focus is on Renee I was able to peel additional layers from this character while Shara became a secondary player. Will I revisit Renee again? Right now I’d say no, but why not? I love the character and I don’t know if I’m finished with her.

I believe that Rowling, given time, won’t be able to resist the pull of the characters in Harry Potter. There are any number of avenues she can take. There are secondary character who could take the lead with Harry in a peripheral role. That could refresh the series. Or, a prequel in which Harry would play a smaller role, but still be visible.

The point is authors have great difficulty burying beloved characters (beloved in the writer’s own mind). In writing a series an author invests a great amount of blood, sweat and tears building up, tearing down, then rebuilding any number of characters. How could anyone who lived with an ensemble of characters for five or ten years go cold turkey and turn their back on what they have created? It’s difficult. Is this the last of Harry Potter we’ve seen? I seriously doubt it. 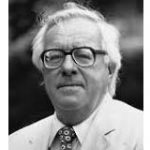 Ray Bradbury: The Man Behind The LegendOpinion