ONE GIRL STANDS ALONE, DIFFERENT FROM THE REST.

When the peaceful and isolated land of the Shamra is invaded and its people enslaved, a young Shamra girl named Dara must lead a ragtag resistance to defeat the enemy. But even as she fights the invaders, Dara grapples with self-doubt and is criticized by her own people for being outspoken and different.

Venturing into uncharted territory to seek allies, Dara encounters unusual creatures and dangerous lands. But is her rebellious spirit enough to help her overcome the patriarchal and oppressive rules of her own people and convince them that she is the only hope the Shamra have to regain their freedom? 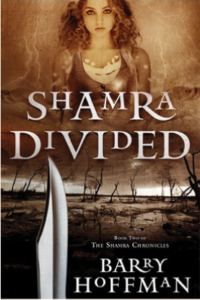 ONE GIRL MUST EMBRACE HER DESTINY AND FIGHT TO SAVE HER PEOPLE FROM A FATE WORSE THAN DEATH.

Dara has managed to save her people from one enemy but the cost has been high. While Dara struggles to come to terms with the loss of beloved friends, she finds herself thrust into the leadership role of an improbable army and learns that it is her destiny to unite her people as one.

To fulfill her destiny, Dara must embark on a treacherous journey to find her ancestors and unite her people in the face of the biggest challenge they have ever faced: Chaos. Dormant for almost two hundred years, Chaos has returned, intent on destroying Dara. 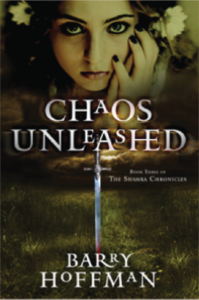 ONE GIRL MUST LEARN THAT BEING TRUE TO YOURSELF IS ONE OF LIFE’S GREATEST HONORS.

Nothing is as it seems in a world where the living mingle with the dead and dreams can turn into frightening reality. Chaos is beginning to spread across the land and Dara is all that stands between the salvation of her beautiful homeland and its total destruction.

Together, with friends from past journeys and new allies who may not be what they seem, Dara must build an army to confront Chaos. But as she and her army prepare for the final battle, Dara realizes that the only person she can really count on is herself…

TRACKS OF MY TEARSBarry Hoffman