In Collaboration with Borderlands Press

From New York Times bestselling author David Morrell comes this special edition of a classic thriller that introduced the character of Rambo, one of the most iconic action heroes of the twentieth century.

In Collaboration with Borderlands Press

From New York Times bestselling author David Morrell comes this special edition of a classic thriller that introduced the character of Rambo, one of the most iconic action heroes of the twentieth century.

From New York Times bestselling author, David Morrell, comes this special edition of a classic thriller that introduced the character of Rambo, one of the most iconic action heroes of the twentieth century.

Gauntlet Press and Borderlands Press, in collaboration, will publish special editions of the entire Rambo trilogy over the next three years.

Called “the father of the modern action novel,” FIRST BLOOD changed the genre. Although the book and the film adaptation have similarities, they are very different, especially the novel’s unexpected ending, its greater intensity, and its deeper characterization. If you’ve only experienced the film, you’re in for a surprise.

Once they were soldiers. Rambo, the ragged kid whose presence in town is considered a threat. And Teasle, the Chief of Police of Madison, Kentucky. Both have been trained to kill: Rambo in Vietnam, Teasle in Korea. They learned different military tactics, different ways of death and survival in two different wars. Now, without warning, they are enemies in a civilian combat that becomes a chase through the woods and mountains and caves above the town. As we follow them, we understand that once a man has been trained as a killer, he is changed forever.

Award-winning FIRST BLOOD was published in 1972, was translated into 26 languages, and influenced two generations of thriller authors.

This special edition of the novel includes essays by David Morrell and by New York Times bestselling author Steve Berry as well as the never-before-published outline for the novel and the original first chapter.

The lettered-edition includes a reproduction of the heavily corrected manuscript for the first chapter. Also included with the lettered edition will be a few of the author’s favorite covers for the novel as well as a poster of Kirk Douglas in costume for his never-filmed depiction of Colonel Sam Trainman.

GAUNTLET PRESS: The special collector’s edition of FIRST BLOOD was a creative adventure. When we first asked you about doing this, what was your initial reaction?

DAVID MORRELL: At the start, I didn’t see the full possibilities. Editions of this type usually feature an author’s introduction and some testimonials from critics and fellow authors. I’d already written an introduction for a 1990 Armchair Detective edition of FIRST BLOOD (never mind that Rambo isn’t a detective). That introduction was thorough, and I didn’t see a point in writing a second one, but at the same time, because it had also been used as a widely available paperback introduction, it was more a mandatory inclusion than a bonus. My author friend Steve Berry wrote an essay about FIRST BLOOD for Thrillers: 100 Must Reads in 2010, so that seemed a good item to add. But after that, aside from the fact that this would be a hardback (only the third in 43 years), I didn’t know how to turn this into a true collector’s edition.

GP: Then you made a discovery in your office.

DM: It was an exciting day. I was looking for something in my office, and I found a metal box in a storage area under my bookshelves. It wasn’t labeled. I didn’t remember what was in it. When I opened it, I was amazed to discover hundreds of pages from the manuscript of FIRST BLOOD. Alternate versions of chapters. Heavily edited sections. Unused passages. I suddenly remembered that when I finished the novel in 1971, I stored all this material in the metal box. Back then, I lived in Iowa City when I taught at the University of Iowa. I moved to two different locations there. Then I moved to Santa Fe, NM. I transported the metal box to all those places, but when I finally opened it more than four decades later, I had no memory of it.

GP: So that got you thinking about what could make this a true collector’s edition.

DM: Exactly. Literally the first two folders I pulled from the box contained a partial outline for the novel and the original first chapter (never used). FIRST BLOOD was my debut novel. I took three years to write it. There were a lot of digressions. The first draft began with a helicopter hunting Rambo in the mountains. I wanted to begin with excitement. But I soon realized that eventually I’d need to explain what on earth was going on. So, after 40 pages, I was forced to flash back to when Rambo came to town. The excitement died. Eventually I straightened everything out and began with Rambo coming to town. The helicopter first chapter works well on its own, so both it and the partial outline went into this collector’s edition.

GP: Is it true that the original first sentence is one of your favorites?

DM: I couldn’t remember the metal box, but I definitely remembered that sentence. “The country was high and wild, thickly wooded, slashed by ravines and draws, and pocked with hollows.” It eventually appeared much later in the novel.

GP: Then you decided to include photocopies of the manuscript pages for that unused first chapter.

DM: The manuscript—typed on a manual typewriter—has a lot of handwritten changes and corrections in it. I thought that collectors would be interested in it.

GP: But that wasn’t the end of what you now remembered.

DM: Right. As my memory took me back to my Penn State student years in the 1960s when I worked on the manuscript, I recalled a long-ago article that was published in The Penn Stater, the university’s alumni magazine. Written after FIRST BLOOD was published, it was called “Rambo at Penn State.” The author was John Swinton, who visited a town near Penn State—Bellefonte, PA—where he had a moment of déjà vu, believing that he’d read about the place in a novel. He soon made the connection that I used Bellefonte as the basis for the fictional town of Madison, KY. He contacted me and asked some questions. Basically the long, revealing article discusses the many central Pennsylvania connections that are hidden in the novel. He really digs into the text. I think fans of the novel will be fascinated. He even figured out that many of the characters in the novel have names taken from Penn State buildings.

GP: Speaking of names, who is Philip Klass/William Tenn, to whom FIRST BLOOD is dedicated?

DM: Philip Klass was a science fiction author during the Golden Age of the 1950s. His pen name was William Tenn. He was my writing teacher at Penn State in the late 1960s. In 2004, I wrote an introduction for his collected nonfiction, Dancing Naked. It’s a detailed description of how I met him and how our relationship developed and what I learned from him, so I included that essay also.

GP: Then the floodgates opened.

DM: I found another box in which I’d saved all kinds of publicity items. Kirk Douglas was originally cast as Col. Trautman in the film adaptation of FIRST BLOOD. He showed up on the set, but creative differences developed, and he left the project. I found a copy of an ad that the film company placed in Variety, showing Kirk’s name on a poster and an mage of him in costume. Clearly that needed to be included, as did some research photographs that my wife reminded me were in an old photo album. They show two places in Bellefonte that I used in the novel. One is a police station in an old school house.

GP: And there’s a Literary Guild item that shows Rambo—bearded and naked—running from the posse.

DM: In 1972. Imagine the bravery of the Literary Guild to feature an image of a naked man. I found publicity postcards, so they went into the book, and there’s a full-page Publishers Weekly ad that mentions Stanley Kramer as the producer of the film—but after the ad was published, Kramer didn’t deliver a contract or the option money, and the project then went to Richard Brooks at Columbia. I also thought it would be fun to include my favorite FIRST BLOOD covers. Some of these items are only in the lettered edition, because they’re expensive to reproduce, but the numbered edition contains plenty on its own. When I finished my discoveries, I finally satisfied myself that this was truly a collector’s edition. 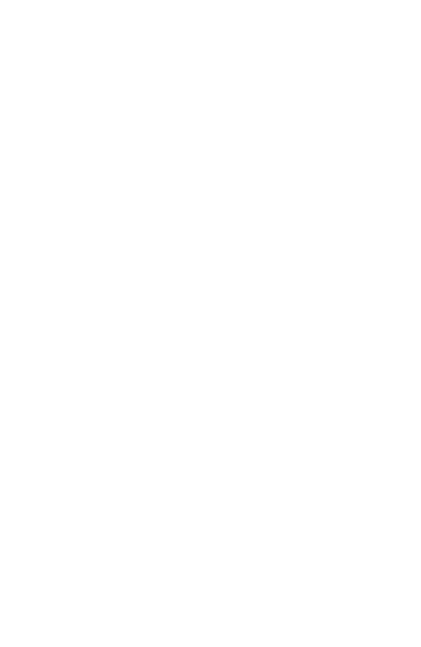